What is Union of European Federalists?

It was founded shortly after World War II, in the belief that only by uniting into a European Federation could the states of Europe overcome the divisions of the past and ensure a future of peace and economic prosperity. Throughout the past 70 years we have been a leading voice in the promotion of European unity and an early campaigner for key milestones in the development of the European Communities and then the European Union.

We believe that completing European economic and political unity is urgently required to ensure Europe’s economic prosperity and relevance in a fast-changing world.  As federalists we are critical of the slow-pace and small-steps policy that impedes progress towards a greater European integration.  We consider nationalism, Euro-skepticism and passive acceptance of division as Europe’s worst enemies. As federalists and voters in Republic of North Macedonia, we passionately call for a European democracy where European citizens – not just national governments – determine the policies of the government. The UEF promotes federalism as the optimum way to organize European unity in a way that is democratic and effective while preserving the diversity of our European countries.

We raise citizens’ awareness of European issues and the need for European political unity through organized campaigns, public debates, conferences in schools and universities, seminars, street actions and information stands.

We promote the European Federal Project among political parties and politicians at local, national and European levels through lobbying activities, public debates and initiatives in European, national and local parliaments.

We call on national governments to act for a united and federal Europe with petitions, appeals and advocacy activities directed towards decision-makers and opinion-leaders.

We contribute to the European debate with our publications, policy briefs, websites, newsletters and press releases.

We promote the need for European political unity as the response to different policy issues by cooperating with the civil society organizations, platforms and all the stakeholders.

We engage against nationalists and Euro-sceptics and explain and promote federalism as the way to organize European economic and political unity while preserving the diversity of European countries.

JOIN US TODAY AND HELP US SHAPE THE FEDERAL FUTURE OF EUROPE!

OUR BOARD
OUR HISTORY
WELCOME FROM THE PRESIDENT 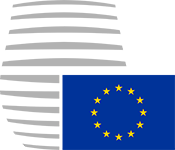 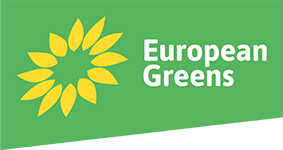